You just need to be a flea against injustice. Enough committed fleas biting strategically can make even the biggest dog uncomfortable and transform even the biggest nation. Marian Wright Edelman

Fast Facts: Why was Arthur Tyler on Death Row

Leroy Head, co-defendant, testified against Tyler in return for a plea agreement with the state requiring him to testify against Arthur.

• In regard to discrepancies in his confessions to police. “He explained that he made all up except for one: the one that exculpated Arthur.” (Investigators Stokes & Vickers, 6/8/’89)


• “He stated that he was young [18], and never been in trouble before, and was afraid to go to death row. As such he willingly implicated Arthur at the first trial. (Ibid.)

What happened at the second trial after the Court of Appeals reversed Arthur’s conviction?


• He was coerced. “Prosecutor William Gerstenslager threatened him…[he] made clear to Leroy that one of two things might happen. First he would revoke the deal and make sure Leroy got the death sentence. Or, he would sent Leroy from Lucasville to Marion or Lebanon, and ensure the inmates knew he was a snitch so he would be killed. In light of these threats, Leroy testified the second time.” (Ibid)

• He told me not to mention his threat when I took the stand the following day (Affidavit of Leroy Head 7/29/’91).


• Leroy Head signed 4 confessions in which he claims responsibility for the shooting.


What was the extent of Arthur Tyler’s involvement?


• “Arthur Tyler didn’t know what I was doing to the old man. We didn’t plan to rob the old man. I thought of it while I was waiting for Arthur to come out of the store.” (Exhibit D Statement of Leroy Head taken at County Jail 3/24/’83).

The second trail judge appointed the same appeal attorneys to handle the second trial even after being informed that the prosecutor sitting the case had worked for these attorneys during the appeal process.

• The prosecutor’s manipulation of evidence in relation to another trail is a matter or record. William E. Gerstenslager was convicted 8/16/’89 of failing to disclose exculpatory evidence in a rape case in Cuyahoga County and fined $500 plus costs and given a public reprimand.


• During testimony of the defense investigator it was learned that he also worked for Leroy Head’s defense in 1983 before Leroy implicated Arthur.


• During trial Arthur was never called back for questioning when the jury deadlocked. In Ohio law, without unanimous agreement, the death penalty cannot be invoked. In this instance the judge gave the improper Allen charge instructions no longer used in the guilt phase of a trial and required the jury to come up with a clear verdict.


• These and other errors of equal gravity were either never acknowledged by the court or deemed “harmless errors.”


What happened to Leroy Head?


• He was released from prison at the beginning of June 2008.

What is wrong with the system?


• An aggressive County Prosecutor’s Office in the ‘80s resulted in an escalation of death penalty convictions. “Allegations of withheld evidence, even in capital cases, have cropped up time and again from the 1980s” (Plain Dealer, 7/10/’06).


• “I have handled five death penalty habeas matters. Only in one has the evidence of a client’s innocence been overwhelming and that client is Arthur Tyler. (Rick Kerger, Attorney) – read article at www.justicedenied. org.


• “Between prosecutors being aggressive and using (the death penalty) as a political tool and us not knowing the law, it was a disaster for criminal defendants.”

*The Plain Dealer has written about Arthur's case in July, 2006. Please google: "Does it Matter Who Pulled The Trigger?" for the full article.


Please write a letter to the Governor’s Office.


For more information on this case and the international campaign work of Advocates for Arthur Tyler: contact Ian Heisey at 216-651-1693  or heisey2140@sbcglobal.net or visit www.justiceforarthur.webs.com 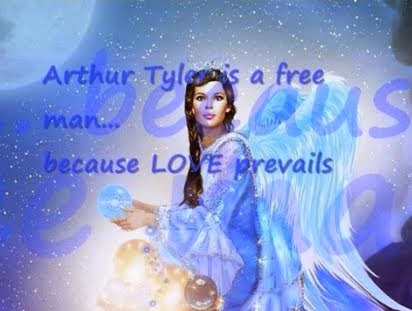 Isabelle's letter to the Parole Board
9650 views - 0 comments 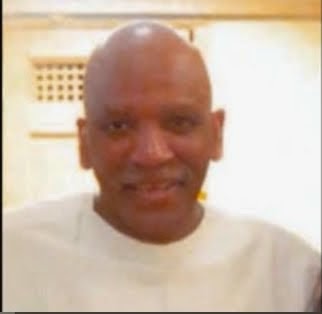